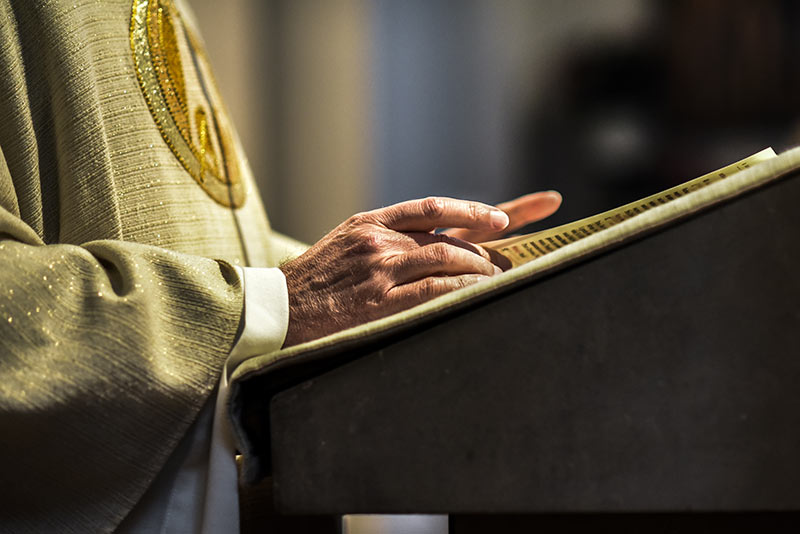 The Chicago Tribune has reported that attorneys representing victims of sexual abuse have released a comprehensive list of sexual abusers in the Illinois area. The list includes the names of nearly “400 priests and lay people who at one time served in parishes or schools or otherwise worked in the state, with accusations spanning more than a half-century”. This list is in addition to the already 200-plus names released previously by the six Catholic dioceses in Illinois, including Chicago.

According to the Tribune, this “new” list includes the names of several previously identified clergy members. But, unlike the official lists released by the dioceses, this list is the result of the Andersen Study. This study, “takes a broader approach, including any priest, seminarian or religious employee — in some cases of Catholic orders outside the dioceses — who has ever been accused of child sexual abuse, regardless of whether the claim was found credible or the alleged abuse occurred in Illinois.” The Andersen study includes the name of only one priest who is currently active in the church.

The release of this list has stirred controversy. Jeff Anderson, the lawyer who cultivated the list, alleges that Catholic Bishops have been holding back information, including the names of suspected abusers. The Catholic diocese claims that they were aware of all of the names on the list. Furthermore, the diocese stated that the allegations against each of them were investigated and “either found to be not credible or led to appropriate action.” John O’Malley, special counsel to the Chicago Archdiocese, stated that “all allegations contained in the report already were reported to and investigated by law enforcement.”

O’Malley continued to criticize the Andersen report. For example, he claims the list includes the names of many deceased clergy members. The church leaves them off their “official” lists because he says, “The church’s policy has been to not include it for the reason that in the case of the deceased priest, there is no risk to children and there is no question of fitness of ministry.”

Survivors of sexual abuse by clergy, as well as Andersen, believe that the church is being neither forthcoming or transparent by leaving the names of abusive priests and others off the official lists. Regardless of when the alleged sexual abuse occurred, and whether the accused is currently alive, victims feel it is imperative that names be made public. It is a helpful and even necessary part of the healing process for survivors.

Survivors Network of Those Abused by Priests (SNAP) is a support group for survivors of clergy sexual abuse. One victim/member said about the list, “it’s important for dioceses to be transparent about those who are accused of abuse, including clergy members who died before allegations were made because it can inspire other victims to come forward.”

Survivors of child sex abuse by Catholic priests, Jewish rabbis or any other member of the clergy may come forward as more and more names of abusers are released. When their childhood experiences, however traumatic, become publicly validated, it may be an essential step in the healing process. For victims with abusers who are still alive, the release of the names may give them the confidence to seek accountability from the religious institutions that betrayed their trust.

New York and other states have extended the period to file civil claims against child sex abusers. Under the New York Child Victim’s Act, you have until the age of 55 to seek compensation for the injuries that resulted from your abuse.

Find out if you are eligible to seek monetary damages for sexual abuse by the clergy. Call Alonso Krangle, LLP today at 516-350-5555.