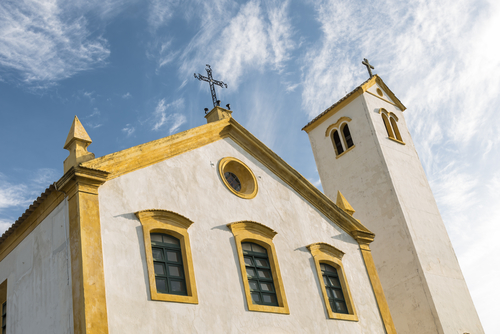 Yet another Catholic Church has been devastated by the sexual abuse allegations. This time, it comes from a conservative diocese in Nebraska. The Diocese of Lincoln has been the only church in the states that have maintained refusal of reviewing sexual misconduct since the 2002 Boston clergy abuse scandal.

But now, victims are coming forward and accusing clergyman in Nebraska of sexually abusing them and now the diocese is facing a possible criminal investigation.

For over a decade, Lincoln diocese leaders and clergymen have never participated in audits that were formed to reveal sex abuse allegations, if any. Members of the Church claimed that the audits were “pointless endeavors that assumed wrongdoing by the diocese and its priests”, but yet there was one bishop in the diocese that had information of at least two allegations against fellow priests while the Church remained elusive.

Nebraska attorney general has met with two accusers and is calling for other victims to step forward and speak about their abuse they endured under the diocese. Authorities in Lincoln are closely investigating a priest who is accused of having an inappropriate relationship with a 19 year old male in which alcohol was involved.

The highlighted focus on the Nebraska church hones in on Rev. James Benton, 71, who retired last year after 15 years of sexual abuse allegations were covered up by church leaders. Church officials claim there is not enough evidence to carry out charges against Benton, despite two men describing in detail how Benton abused them in the early 90’s and 80’s.

Dr. Stan Schulte and Jeffrey Hoover both share similar stories of Benton molesting them during a camping trip and a rectory sleepover. At the time of abuse, Hoover was only 10 years old when he claims Benton molested him. Hoover reported his experience to a priest in 1997 and then again in 2002 to Bishop Fabian Bruskewitz. Schulte went directly to the diocese in 2017 and reported the abuse.

Benton has since denied any relationship and accusation deeming him a sexual predator since he has been retired.

If you have been sexually abused please call our clergy sexual abuse attorneys at Alonso Krangle LLP at 800-403-6191 or through our website at www.fightforvictims.com. Our attorneys are sensitive to your story and will assist you in recourse and the compensation and justice you deserve. We will fight together against your abuser or any institution that has failed to protect you. Please call us today to review your legal rights.