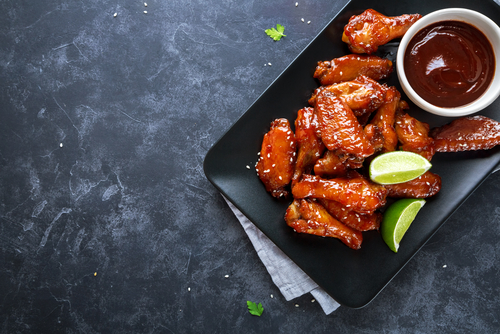 Mt. Pleasant restaurant, Buffalo Wild Wings has been hit with a federal suit alleging that a manager, Michael Miller has been sexually harassing an employee. The manager is said to have even grabbed her at times even after complaints were made to human resources department.

The plaintiff, Candace Van Zile has been an employee at Buffalo Wild Wings since 2013. During her time working there, she became the victim of ongoing sexual harassment and believes because of her gender and retaliation of the hostile work environment, her reports of the abuse were ignored.

Van Zile claims that during her work shifts, Mille would endlessly harass her, touch and grab her private parts and make offensive comments about her body. At some time during her employment, Van Zile underwent a breast augmentation in which Miller would continuously ask inappropriate questions about her upcoming surgery. Miller allegedly grabbed Van Zile’s head at one point and moved it up and down motioning a simulation of oral sex. He commented afterward that she “must be accustomed to the motion” and then referenced her husband, at which point Van Zile attempted to exit the situation but was stopped again by Miller, according to the lawsuit.

After several complaints to human resources, stating that she felt extremely uncomfortable around Miller due to his relentless harassment toward her, no actions against Miller were taken. Van Zile claims that her complaints only made her situation worse for herself because Miller retaliated by sending her home without explanation on numerous occasions.

“Plaintiff has since attempted to speak up regarding her ongoing harassment by Miller, but was told that she should stop speaking of him so much, and that she need to let the ‘Miller’ things go,” the file states.

Van Zile finally reached a point where she then filed a complaint with Equal Employment Opportunity Commission in April, and was granted permission to sue based on claims of sexual harassment and discrimination.

A jury trial is called upon to review the suit as it lists the plaintiff’s humiliation, emotional damages and both economic and non-economic due to Miller’s treatment of her.

Van Zile’s lawyer, Jonathan R. Marko commented on the case, stating, “It is one of the most heinous and blatant cases of sexual harassment that he has ever seen.”

Vice President of Human resources for the restaurant stated, “We obviously take these matters very seriously. We’re committed to providing an appropriate work environment and addressing any concerns.”

If you have been a victim of any type of harassment at your place of work whether it be sexual or any kind of discrimination, please call the attorneys at Alonso Krangle LLP at 800-403-6191 or through our website at www.fightforvictims.com. Any unwanted and offensive behavior toward you can result in financial compensation. Please do not hesitate. Call us today to review your legal rights.