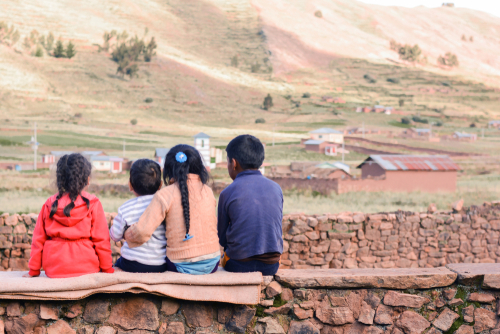 The Archbishop of Santiago, Chile said in a published manual that it was improper to “pat the buttocks or touch the genital area or chest of minors”. Going further in the manual, it is recommended to clergy church members that they abstain from these actions along with other inappropriate actions such as “laying next to or sleeping with children…giving massages…wrestling and hugging from behind…kissing on the mouth.” The list goes on.

The detailed documents were posted publicly on the church’s website last week and has since been deleted.

The Chilean people not only were confused, but also appalled due to the fact that the manual never stated that this behavior was actually sexual abuse. To many people, the manual served as confirmation that the church still does not comprehend the difference between “affectionate behavior” and “sexual abuse”.

An agency leader, Patricia Munoz who spearheads a program to protect children’s rights told reporters she was in “a state of shock” after reading the church’s guidelines. “The guidelines reflect a brutal lack of understanding of the limits that a pastoral guide must have regarding children and adolescents,” Munoz stated.

Nearly 120 cases involving 178 alleged victims has been opened following the Chilean Public Prosecutor’s Office raiding of church offices in Santiago. All of these files detailing sex abuse remained completely unsurfaced for years. In 20 years, 44 Chilean church members have since been denounced by the Church. Pope Francis then ordered further investigation into abuse cases.

The archbishop stated that the guidelines in the manual were confirmed by the church’s Council for Abuse Prevention. He claims he in fact does view some of the wording to be flawed. “We will correct certain contents that were translated too literally and are inappropriate or may be misinterpreted,” the archbishop said. “We apologize and will publish a new version promptly.”

If you have been sexually abused please call our clergy sexual abuse fighters at Alonso Krangle LLP at 800-403-6191 or through our website at www.fightforvictims.com. Our attorneys are sensitive to your story and will assist you in recourse and the compensation and justice you deserve. We will fight together against your abuser or any institution that has failed to protect you. Please call us today to review your legal rights.