Ernst and Young (EY): Being Sued for Sexual Harassment in the Workplace 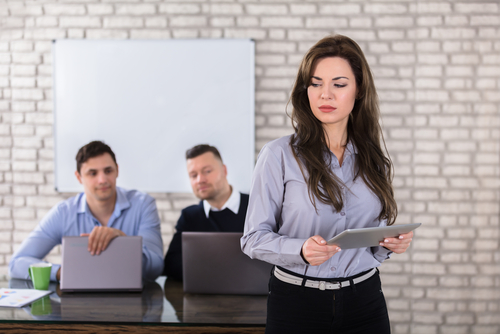 Ward began her career there in 2013 and alleges that she was harassed regularly by her supervisor, Michael McNamara. Ward claims that she, among other female employees were pressured to go on dates with McNamara while also being victimized when comments about their bodies came forth. She also claims she was making hundreds of thousands of dollars less than a male partner at the firm, who held a similar position as she did.

The head of the Ernst and Young Capital Advisors group, James Carter is also cited in the lawsuit for telling Ward to “lighten up” and “Don’t cry wolf” when Ward attempted to state complaints about the workplace environment she was working in.

“EY is led almost entirely by men who foster and promote a ‘boys’ club’ culture where women are unpaid [sic] and subjected to constant discrimination and sexual harassment. To protect the men that engage in this conduct, EY openly retaliates against women who are courageous enough to stand up for their rights and complain. It is particularly offensive in this day and age for a company to attempt to bully and intimidate women into staying silent. Ms. Ward will not stay silent.”

In which Ernst and Young replied:

“The allegations in Karen Ward’s complaint are unfounded and baseless. She was separated from EY following the Firm’s decision to shut down the small real estate investment banking advisory practice that she led for three years. Despite the Firm’s full support, Ward failed to close a single transaction in the period she led the group, and it suffered multiple years of disappointing financial results. The decision to close this money-losing operation and separate Ward was wholly unrelated to her gender. Her allegations of harassment, retaliation and unfair pay were raised after she was informed of her separation. After an extensive independent investigation by the Latham & Watkins law firm, these allegations were found to be completely unsubstantiated. Our review also confirmed that throughout her career at EY, Ward was paid fairly and equitably for her work. EY will vigorously defend our Firm and our people in contesting these claims.

EY is committed to a diverse, inclusive and safe workplace, free of harassment or discrimination of any kind, and to full compliance with all applicable laws and regulations. We promptly take steps to thoroughly investigate any claims brought to our attention and to respond based on the results of such investigations.”

Despite Ernst and Young’s statement, this has not been the first case made against the firm. Earlier this year, former partner Jessica Casucci filed a complaint, and settled her case, with Equal Employment Opportunity Council, after she was sexually assaulted by a male partner at the firm.

If you have been a victim of any type of harassment at your place of work whether it be sexual or any kind of discrimination, please call the workplace discrimination attorneys at Alonso Krangle LLP at 800-403-6191 or through our website at www.fightforvictims.com. Any unwanted and offensive behavior toward you can result in financial compensation. Please do not hesitate. Call us today to review your legal rights.