Increase the Statue of Limitations for Abuse Victims 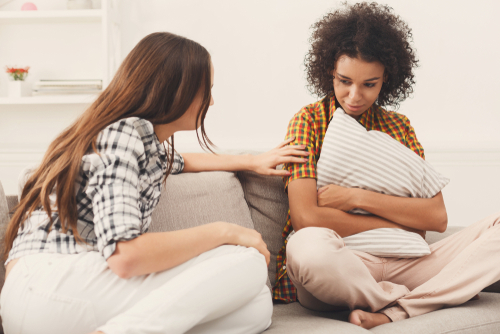 The advocates at Alonso Krangle LLP and fightforvictims.com know that certain crimes are far more difficult to report than others. Seeking justice for childhood sexual abuse can be traumatic. Alonso Krangle is a clergy sexual abuse fighter with decades of experience in vindicating the rights of the abused. And though much of our experience comes from fighting church related abuse, the law is the same regardless of who has committed the crime.

These experiences have shown us how to most effectively prosecute a case for sexual abuse, but they have also shown us the serious flaws in the processes used to bring abusers to justice.

We know that advocacy on the part of attorneys and other professionals working within this system cannot bring enough pressure to bear on those in charge to have these issues addressed alone, and that is why we’d like to familiarize you with a few of the biggest problems facing sex abuse victims in the legal system.

As the #MeToo movement inspires more and more people to name their accusers and seek justice, consider the following issues that stand in their way:

In New York, and many other jurisdictions around the country, sexual assault, harassment, and half a dozen other crimes considered “lesser” than forcible rape must be prosecuted before the victim’s 23rd birthday.

In fact, a victim may only sue an institution (like a church, school, business, or government agency) before their 21st birthday. This is a critical problem. Often, offenders do not have the resources to compensate victims for the harm they’ve done, and the institutions where the abuse occurred may also be complicit. This is a lot like the church sex abuse widely exposed in the mid-2000. The church itself was often directly involved in such crimes by purposefully moving accused priests around to avoid scandal. The church could rarely be sued directly because of laws like the ones referenced above.

And even when a victim pursues an offender personally, ignoring entirely whatever institutional neglect existed that may have facilitated the crime, the victim can often only bring suit up until their 23rd birthday.

The Need For Justice

We know that it can sometimes take years of therapy and self-reflection before a victim is healthy enough to come forward and name their accuser. This process is difficult enough on it’s own, and our systems should not be making it harder.

These laws need to be changed, and now you have the information necessary when addressing a complaint to your legislator or other representative.

Help us win this fight, today. Contact Alonso Krangle LLP to talk to one our experienced attorneys.