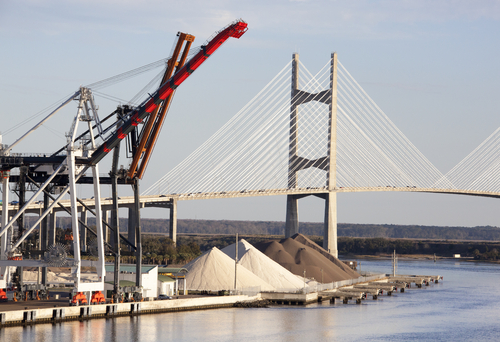 The Jacksonville Port Authority is under fire after a woman, Glenda Prinzi, applying for a position there, claims she was pressured to have sex with employees, and then again after she received a promotion.

Prinzi filed a federal lawsuit just last week. Her attorney, Matt Kachergus, stated that his client’s case “demonstrates a culture of workplace sexual harassment at JaxPort. Such conduct is entirely unacceptable in this day and age.”

Eric Green, JAXPORT CEO made a statement during the airport’s monthly board meeting. “While it is our long-time policy not to comment on specifics of current litigation, I want to reiterate that I have zero tolerance for workplace harassment of any kind,” Green said.

The harassment allegedly took place in 2014 through 2017. Green became CEO in March of 2017. He stands by JAXPORT’s company policy which forbids employees from exercising their authoritative power to “intimidate, coerce or harass anyone during the course of their work.”

“I take these allegations very seriously and will not tolerate improper workplace behavior. I will continue to provide JAXPORT’s employees and our contractors a work environment that is respectful, tolerant and free from discrimination.” Green continued.

Prinzi is also filing a lawsuit against the contractor U.S Associates in Roswell, Georgia, after being sexually assaulted by an employee in the security division while Prinzi was working for the firm. U.S Security Associates issued the following statement:

“We strive to provide employees a safe workplace free from harassment and retaliation and work to ensure its employees take those same principles to the job sites they protect. We take very seriously allegations like those made in the lawsuit filed by Ms. Prinzi. The actions suggested in this lawsuit would not be tolerated at our company. We are still investigating the details of the complaint that’s been filed and, therefore, cannot go point by point through the allegations in it. But we are committed to the truth and will take appropriate action as that is determined.”

The file states that an employee in the security division championed Prinzi to apply for a position in the communications center. After application submission, the suit says that the employee constantly harassed Prinzi to have sex with him in a hotel room. She conceded his persistence fearing that she would not get the job if she didn’t. After she got the job in the communication center, a different employee, a supervisor, began making sexual comments to Prinzi. Prinzi states that this supervisor pressured her to have sex with him as a “payment” for her new promotion. She again, had sex with him in fear that she would lose her new role.

If you have been a victim of any type of harassment at your place of work whether it be sexual or any kind of discrimination, please call the attorneys at Alonso Krangle LLP at 800-403-6191 or through our website at www.fightforvictims.com. Any unwanted and offensive behavior toward you can result in financial compensation. Please do not hesitate. Call us today to review your legal rights.