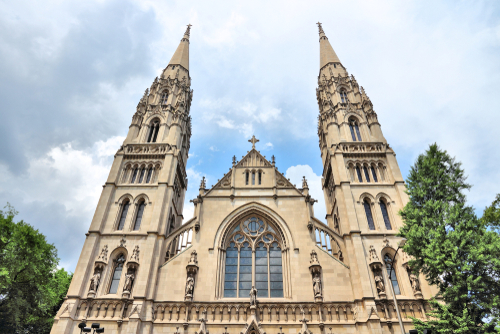 Sixty-four out of nearly 1,000 victims in New York State who have been sexually abused by members of the Catholic Church clergy members are taking action against the Church and filing suits against them. A program has been offered through the Catholic Diocese of Syracuse that is giving victims compensation from their abuse. After several months of processing, victims are in the beginning stages of receiving and accepting financial settlements in the New York area.

Camille Biros, administrator of the settlement program, broke down the number of claims.

Payments and releases were given to 64 people within the Syracuse diocese. When a victim signs a release form, it prevents them from suing the church due to abuse. This signage denies any former access through the Child Victims Act. The releases do not however, prevent any cooperation with investigators looking into the crime.

Dozens of victims were asked to participate in the program, 85 to be exact which outnumbers the amount of victims the church has claimed to publically aknowledge. Additional victims have decided to back away from communicating with the diocese altogether. However, these individuals could participate through the program through family members and lawyers.

Other diocese in New York City continue to hold an additional application process for victims who have just recently come forward. Syracuse diocese has not held this phase yet but has not omitted the potential option completely.

Biros, serving as the administrator of the program has partnered with attorney Kenneth Feinberg. Together, they have over saw the compensation program for other diocese including Brooklyn and Rockville Center. Biros stated that each case was investigated individually and then later was determined how much each victim would receive in compensation, factoring in the diocese financial limitations on this matter. Some factors that were considered during this process the age of the victim during the abuse and the duration of the abuse.

Biros stated, “It’s a difficult process that entails comparisons on the nature of the abuse, such as whether it involved an inappropriate touch or a rape. She said other factors, such as whether a child was given alcohol, were also considered. Administrators aimed to be consistent across cases and dioceses”.

If you have been sexually abused please call our clergy sexual abuse fighters at Alonso Krangle LLP at 800-403-6191 or through our website at www.fightforvictims.com. Our attorneys are sensitive to your story and will assist you in recourse and the compensation and justice you deserve. We will fight together against your abuser or any institution that has failed to protect you. Please call us today to review your legal rights.