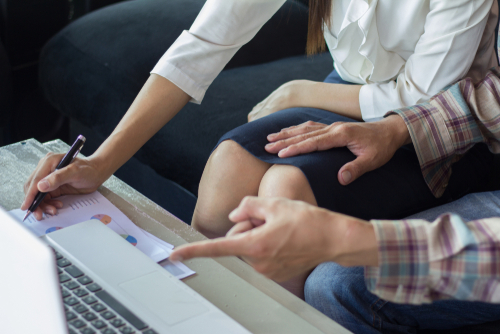 Michael Palamar, a supervisor for the New York City Parks Department has been accused of sexual harassment whilst advancing within the department despite lengthy documents revealing his misconduct at the workplace. The NY Post noted that Palamar was handed promotions after he was convicted of on-the-job sex abuse.

Pilar Taylor, former Parks Department employee claims Palamar aimed to attack her years prior to her termination which Palamar initiated. According to the claim, Taylor had heard rumors of managers having sex with employees as soon as she started working for the department. It wasn’t until she walked in on Palamar and a Job Training Progam (JTP) employee participating in oral sex in his office that Taylor immediately informed her manager about what she had just seen. Her manager only told her that Palamar was “involved with numerous women…the youngest being 19.” After that, it wasn’t long until Palamar began sexually harassing Taylor herself, telling her that “sexual favors were part of the position.”

Unfortunately, the harassment only became worse and physical. Taylor claims Palamar grabbed her thigh on one occasion while making lude comments about her body. Taylor reported the incident to her union representative but then was threatened by Palamar afterward stating that “too many complaints can cost her the job.” Another occasion when inquiring about a permanent position with the Parks Department, Palamar responded by saying “closed legs don’t get fed.”

Racist comments by Palamar toward Taylor were also made along with efforts made by Palamar to try and fire Taylor but without result, according to the lawsuit. That is until last August when Palamar failed to comply and submit documentation of sick leave Taylor had taken months before.

Taylor is suing New York City, the Parks Department and Palamar for sexual harassment, and racial and gender discrimination.

Palmar has been convicted of misdemeanor sex abuse after grabbing a woman’s rear on the job in 2009. Shockingly, Palamar also served 16 years in prison for manslaughter after pleading guilty to killing his neighbor with a baseball bat. Palamar’s current position at the Parks Department pays him over $100,000 per year.

A Parks Department representative made a statement following this lawsuit: “NYC Parks does not tolerate sexual harassment. We thoroughly investigate all complaints, and actively encourage all employees to come forward/report. The allegations against this employee are being investigated, and if they are true, the Parks Department will move to fire him.”

If you have been a victim of any type of harassment at your place of work whether it be sexual or any kind of discrimination, please call the employment rights and sexual harassment attorneys at Alonso Krangle LLP at 800-403-6191 or through our website at www.fightforvictims.com. Any unwanted and offensive behavior toward you can result in financial compensation. Please do not hesitate. Call us today to review your legal rights.