Train Accidents in NY Can Be Deadly 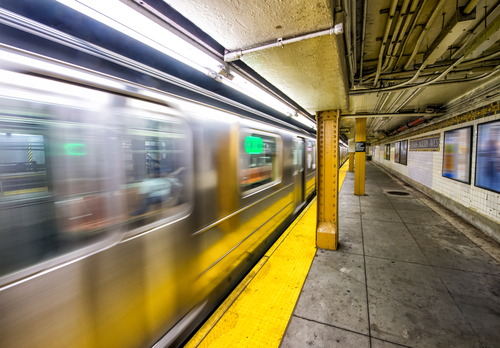 On Tuesday, February 26, 2019, there were two fatal train accidents in New York involving the Long Island Railroad.  The first involved a westbound train accident where the train struck a pedestrian on the tracks between Freeport and Baldwin.  The second involved a vehicle attempting to cross the tracks – driving around the protective gates (which were down).  Two trains struck the car, killing all three passengers.

While some people continue to push their luck with railroad accidents, many of those meet a tragic end.  As reported by NBC New York, “[in] 2017, there were 2,115 grade-crossing crashes in the U.S., resulting in 271 deaths. That was the highest yearly grade-crossing death toll in a decade (2008 had 290).”

Yesterday, a driver, allegedly fleeing the scene of a minor accident. The driver attempted to escape by crossing in front of a train at a crossing in Westbury, New York. This railroad crossing is equipped with alerts to tell drivers not to cross, as well as security gates that lower in front of the railroad tracks.  Nonetheless, it appears this driver chose to bypass the gates in an attempt to flee.

“One of the most foolish and tragic things a driver can do is drive around railroad gates” explains Long Island personal injury lawyer David Krangle.  “They are there for a purpose – to protect us all from tragedies such as this.  A pedestrian, bicycle, motorcycle, car or truck will not win in a collision with a train.  This was a horrible mistake leading to another deadly train accident.”

Many Train Accidents are the Fault of the Railroads

In some situations, the railroad is at fault for crashes with trains, such as where:

This is not an exhaustive list; this illustrates just a few of the situations in which train accidents with cars are the fault of the railroad.

“Whether the MTA, Amtrak, LIRR, Metro North or other railroad, they have a duty of care to protect both passengers and the public from train accidents,” added Mr. Krangle.  “The railroads play an important role in our society, but the reality is these trains are large, heavy, and are impossible to stop quickly in an emergency.  Those responsible need to keep the public as safe as possible.”

With growing incidents of accidents, more and more residents call for safety improvements. Ideas include the elimination of road-level crossings. Instead, residents want to see raised tracks, road overpasses or road “underpasses” where roads would pass underneath the railroad tracks.

If you or a loved one has been injured in a railroad accident, you may have a claim for damages.  Even in situations where an automobile or truck contributes to the train accident, questions may loom as to:

Both those struck by trains, as well as those on the trains, may have legal claims for injury in a train accident.  If you have been involved in a train or subway accident on Long Island, in New York or the tristate area, contact the personal injury attorneys at Alonso Krangle, LLP today at 800-403-6191.