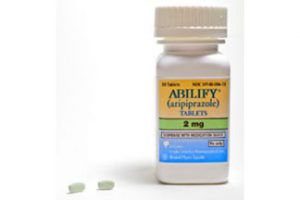 Have you suffered serious side effects from Abilify? Part of a class of drugs known as atypical antipsychotics, Abilify is used to treat a variety of psychiatric disorders, including schizophrenia, bipolar disorder, and major depression. However, the drug has also been potentially linked to a number of severe Abilify side effects, including Compulsive behavior, compulsive gambling and diabetes in minors.

People are consulting with lawyers regarding Abilify side effects lawsuits for injuries they allegedly sustained due to the medication. The attorneys at Alonso Krangle LLP are committed to ensuring that the victims of serious Abilify side effects obtain the justice they deserve. To learn more, please contact Alonso Krangle LLP as soon possible for a free, no obligation Abilify Side Effects Compulsive Gambling Lawsuit consultation to ensure you are treated fairly and receive all of the compensation the law allows.

Exactly how Abilify works is unknown. However it is believed that the drug affects the activity of some key chemicals in the brain, notably dopamine and serotonin.

Abilify is a partial dopamine agonist, and acts on the same nerves in the brain that are normally activated by this chemical. Among other things, dopamine plays a central role in the pleasure centers of the brain. As such, excessive levels of dopamine may influence compulsive behaviors, including gambling. For example, certain Parkinson’s disease drugs which stimulate the production of dopamine have been linked to compulsive behaviors, including gambling, shopping, and overeating.

There have been a handful of postmarket reports in which people taking Abilify developed a compulsive gambling habit. In all of these cases, the gambling addition ended when the patient stopped taking Abilify. Other obsessive behaviors, including shopping, sex addiction, and compulsive overeating, have also been reported among people who took Abilify or had their dose increased.

Since it first came on the market, the FDA has issued several Abilify side effect warnings.

These warnings have included:

In 2007, the manufacturer of Abilify agreed to pay $515 million to settle charges that it illegally promoted the off-label use of Abilify and other medications. The U.S. Department of Justice had charged that Bristol Myers-Squibb paid doctors illegal kickbacks in the form of consulting fees and luxury trips in order to induce them to buy and prescribe the company’s drugs. Among other things, the drug maker was charged with promoting Abilify for pediatric use, and as a treatment for dementia-related psychoses, neither of which was approved by the FDA.

Alonso Krangle LLP is offering free Abilify Compulsive Gambling Side Effects Lawsuit legal consultations to victims of Abilify side effects. To explore your legal options, please contact Alonso Krangle LLP today by completing the online form on the right, or call us.