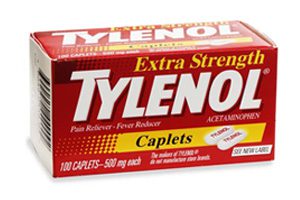 Alonso Krangle LLP is evaluating Tylenol liver damage lawsuits on behalf of victims who took Tylenol and developed liver damage or liver failure. Tylenol, generically known as acetaminophen, has been alleged to be one of the leading causes of liver damage related to the use of over-the-counter and prescription medications in recent years. Available in the U.S. for more than 50 years in various forms, over-the-counter (OTC) Tylenol is a commonly taken pain relief medication used to treat muscle aches, headaches and other forms of mild to moderate pain; with prescription medications, Tylenol is used to target more severe pain, such as back pain. Despite being an effective pain reliever, however, Tylenol has been reported to cause liver injury and even liver failure in some patients, spurring the Food and Drug Administration (FDA) and others to demand clearer, more serious warning labels on all medications containing Tylenol.

In many cases of alleged Tylenol liver damage, patients have overdosed on acetaminophen because they were unaware that their prescription medication contained Tylenol and/or that they should not combine OTC Tylenol with their prescription medication. In fact, the U.S. National Library of Medicine reports that liver injuries caused acetaminophen overdoses account for approximately 56,000 emergency room visits and about 26,000 hospitalizations each year and that more than 450 people die as a result of liver failure caused by Tylenol overdoses annually in the U.S. It’s important to point out, however, that a number of Tylenol liver injuries have also been reported by patients who have taken over-the-counter acetaminophen as directed by the manufacturer without taking other Tylenol-containing prescriptions.

While some consumer safety agencies have stepped forward to urge McNeil-PPC, Inc., the maker of Tylenol, to include stronger warning labels regarding the risk of liver injury won over-the-counter acetaminophen, in January 2011, the FDA mandated that all prescription drugs containing acetaminophen contain box warnings to highlight this risk. At the same time, the FDA imposed a 325-milligram limit as the maximum amount of acetaminophen that prescription drugs could contain per tablet (or dose) in an effort to limit the risk of liver injury to patients taking these medications.