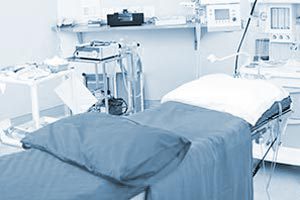 Bair Hugger warming blankets used by hospitals to maintain patients’ body temperature during surgeries, can spread bacteria and cause severe infections in patients undergoing knee or hip replacement procedures, according to Bair Hugger lawsuits claims. The Bair Hugger complaints allege patients have undergone revision surgeries and amputations due to infections such as sepsis and Methicillin-resistant Staphylococcus aureus (MRSA). In some instances, additional surgeries are needed to clean the infected areas and remove the artificial implants. According to the complaints, the Bair Hugger forced-air warming blankets produce hot air that builds up in areas around the patient, particularly under the surgical drape covering the patient. When hot air escapes and is pushed down to the floor, the hot air picks up bacteria and other pathogens from the floor and deposits them into the surgical site, the Bair Hugger lawsuits explain.

Bair Hugger warming blankets are marketed and made by the 3M Company and its Arizant Healthcare subsidiary. The warming blanket, approved by the U.S. Food and Drug Administration in 1987, prevents patients from experiencing hypothermia during surgery. According to 3M, filtered air flows through a warming unit that gently and evenly disperses the air throughout the attached blanket, which is isolated from the surgical site by an adhesive strip on the blanket and surgical barrier drapes.

Dr. Scott Augustine, who created the warming device, has changed his mind about his invention. Dr. Augustine told the New York Times in 2010 that the blanket is dangerous to patients having artificial heart valve implants and joint replacements because the forced-air has the potential to spread bacteria acquired from the hospital. Dr. Augustine says he now favors a warming device that does not use forced air and works like an electric blanket.

A study published in The Bone Joint Journal in March 2013 found waste heat from forced-air warming blankets can increase the temperature and concentration of airborne particles over the surgical site. Researchers discovered waste heat significantly disrupts the airflow in operating rooms, and draws potentially contaminated particles from below the operating table and into the surgical site.

About Alonso Krangle LLP and Filing A Bair Hugger Lawsuit

Alonso Krangle is offering free legal Bair Hugger Lawsuit evaluations to patients who suffered prosthetic joint infections such as sepsis and Methicillin-resistant Staphylococcus aureus (MRSA due to using the Bair Hugger warming blanket during surgery. For more information about Alonso Krangle and filing a Bair Hugger Lawsuit, please contact us or visit our website, https://www.FightForVictims.com