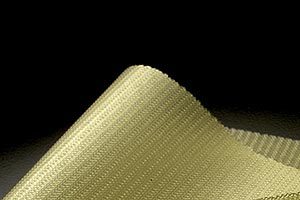 The C-QUR Mesh, manufactured by Atrium Medical Corporation (AMC), has been associated with serious side effects, including infections, internal injuries, and mesh adhesion. Victims of C-QUR Mesh may have suffered from adverse reactions due to mesh failure. The leading law firm of Alonso Krangle LLP is currently investigating potential C-QUR Mesh lawsuit claims on behalf of individuals who experienced complications from the medical device.

Victims who have been harmed by the C-QUR hernia mesh device have experienced:

Alongso Krangle LLP is offering free C-QUR mesh lawsuit evaluations to individuals who suffered side effects from the hernia mesh implant. If you or someone you love have been injured by the hernia repair medical device, please contact the defective medical device lawyers at Alonso Krangle LLP for a free C-QUR mesh lawsuit evaluation today and to learn more about the legal options available to you.

What is C-QUR Mesh?

The U.S. Food Drug Administration approved the C-QUR Mesh implant in 2006 for hernia repair, chest wall reconstruction, and repair of surgical wounds. According to AMCs website, C-QUR Mesh uses Atriums polypropylene mesh with an all-natural Omega 3 gel coating, made from trigylcerides and Omega 3 fatty acids. In July 2013, AMC issued a voluntary recall of the hernia repair implants stating that coated C-QUR meshes can adhere to the inner package lining when the device is exposed to excessive humidity for an extended period of time.

If you or someone you love suffered an infection, chronic pain, or another C-QUR hernia mesh side effect of injury, the defective medical device lawyers at Alonso Krangle LLP would like to talk with you. For a free C-QUR mesh lawsuit evaluation, please fill out our online form, or call us.