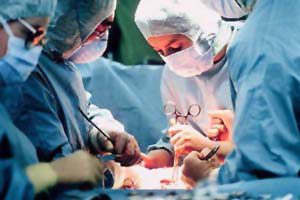 Power Morcellators, electronic devices used to remove tissue during hysterectomies and other gynecological surgeries, have been tied to the spread of a rare, but aggressive, uterine cancer called leiomyosarcoma. Since 2013, a number of power morcellator cancer lawsuits have been filed against Ethicon Inc., Blue Endo, Lina Medical, and other medical device manufacturers that market these instruments. Plaintiffs in these power morcellator lawsuits claim that they were never warned that power morcellation has the potential to “seed” undiagnosed leiomyosarcoma present in uterine fibroids, leading to the spread of the cancer.

It is estimated that power morcellation is used in some 80,000 of the 600,000 hysterectomies performed annually, most for the treatment of benign tumors called fibroids. The power morcellator is used during laparoscopic surgeries to grind down the fibroids, so that smaller pieces of tissue can be removed through small incisions. On rare occasions, cancer cells from undiagnosed leiomyosarcoma can hide within these fibroids.

Leiomyosarcoma is a cancer of smooth muscle cells that can occur in the uterus, stomach and intestines, walls of all blood vessels, and skin. While this cancer is very rare, there is no reliable test to diagnose potential malignancy in fibroids before a woman undergoes power morcellation. If the cancer is present during power morcellation, the cells can be spread throughout the body, quickly changing a stage 1 cancer into stage 4.

In December 2013, four Boston-area doctors submitted a draft paper to the New England Journal of Medicine calling for a moratorium on power morcellation, asserting that a much higher number of women than previously thought have undetected cancer in their fibroids. The team reviewed 10 studies of 30,000 women who had undergone power morcellation, and found that nearly 1 in 400 women were found to have uterine sarcoma in the removed tissue.

In November 2012, a study published by doctors at Brigham and Women’s Hospital looked at nearly 1,100 morcellations performed at the facility, and found the rate of sarcoma was 1 in 546. They concluded that the rate of the far-deadlier leiomyosarcoma was nearly 1 in 1,000. According to the authors of the study, the occurrence of leiomyosarcoma was much higher than the empiric rate of 1-in-10,000 typically quoted to patients during their pre-procedure briefing.

Some hospitals have taken action to mitigate the risk that women will develop this dangerous cancer after power morcellation. In December 2013, Brigham and Women’s Hospital said it would impose new limits on the procedure. Massachusetts General Hospital also decided to change what it tells women about the risks associated with the procedure.