Coppertone Recalls Sunscreen Because of Cancer-Causing Benzene – Will Lawsuits Follow? 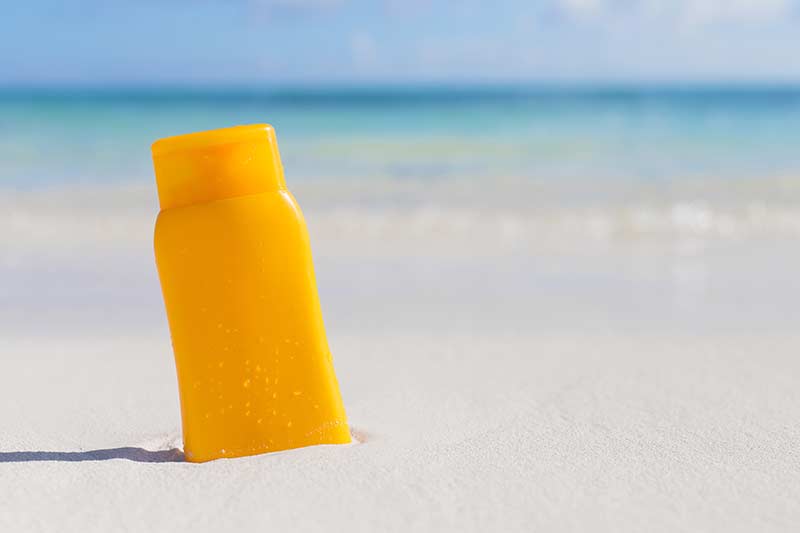 Coppertone has issued a nationwide recall of some batches of its aerosol sunscreens.

At Alonso Krangle, LLP, our lawyers are reviewing claims for individuals and families injured by recalled sunscreen contaminated with benzene. This cancer-causing chemical found in batches of Coppertone sunscreen increases the risk of developing cancer.

Call our sunscreen recall lawyers today to schedule your free consultation and find out if you are entitled to file a legal claim against the manufacturer of Coppertone.

In recent years, the popularity of spray sunscreens has been rising as a more convenient alternative to oil-based lotions. Aerosols are often preferred because they’re easy to apply and tend to be less greasy than traditional lotion sunscreens. After all, it’s hard to convince children and adults alike to apply sunscreen from a tube or bottle when they can spray it directly onto their bodies.

Unfortunately for many aerosol sunscreen spray users, several companies have recalled aerosol sunscreen after finding cancer-causing benzene in samples. Popular brands like Neutrogena and Aveeno made by Johnson & Johnson were the subject of a nationwide recall earlier this year. Now, Coppertone, owned by Beiersdorf, issued voluntary recalls of thousands of its most beloved and trusted sunscreen products.

Why Did Coppertone Recall Sunscreen?

Dozens of sunscreen and after-sun products, according to testing conducted by the independent lab Valisure, contained the industrial chemical benzene. Their list of products containing benzene included well-known brands such as Banana Boat, Neutrogena, Aveeno, Sun Bum, and CVS Health.

What Sunscreen Contains Benzene and Is Included in the Coppertone Recall?

After discovering the known human carcinogen benzene in tested samples, Coppertone issued a voluntary recall of some of its aerosol sunscreen products.

The Coppertone sunscreen recall affects specific batches of some of the most popular sunscreens for children, babies, and adults. Affected products include lots of the following:

You can find additional details about the Coppertone recall on the Food and Drug Administration’s website here.

Benzene’s toxicity has been studied for more than a century, and it is widely accepted that it is a dangerous substance. Benzene is a chemical solvent and a known human carcinogen.

Benzene is identified as “carcinogenic to humans” by the International Agency for Research on Cancer (IARC). Benzene is also classed as a human carcinogen by the United States Environmental Protection Agency (EPA). The Food and Drug Administration (FDA), which classifies sunscreens as drugs, considers benzene a “Class 1 solvent.” The Centers for Disease Control (CDC) also recognizes the danger of benzene.

According to the FDA, benzene should not be used in the production of drug products.

Benzene is used in the workplace by many people. Therefore, they use protective equipment and follow occupational safety rules to reduce the risks of this cancer-causing substance.

The severity of the damage caused by benzene and the level of sickness that results are often determined by how long you were exposed, the quantity of benzene you were exposed to, and the type of exposure.

For example, symptoms of benzene poisoning include “a sudden loss of consciousness; coughing; headache; dizziness; confusion; convulsions; rapid heart rate; fever; vomiting.”
But, benzene exposure does not always cause obvious and immediate symptoms. Long-term or excessive exposure can lead to severe, life-threatening health problems, including blood cancer and bone marrow cancer that develop over time.

If you are experiencing any of these symptoms after using recalled Coppertone sunscreen, seek medical treatment. Be sure to alert your doctor to the possibility that you have unknowingly been exposed to benzene.

Not all sunscreens contain benzene. Your doctor can point you to sunscreen products that are not affected by benzene contamination.

Why Weren’t You Warned About Benzene in Recalled Sunscreen?

Because it is a carcinogen, it is crucial for people to know if they are using sunscreen containing benzene or there is a risk that there is a cancer-causing agent in their sun protection. After all, we use sunscreen to prevent skin cancer.

Manufacturers of drug products have a duty to warn consumers of dangers and risks associated with using their products, including the potential exposure to a cancer-causing chemical like benzene.

Interestingly, Coppertone and other sunscreen companies claim benzene is not an active ingredient in their products, yet the products tested positive for the cancer-causing chemical. Has the sunscreen been contaminated with benzene? Is benzene a by-product of the manufacturing process? It is possible that Coppertone failed to live up to its legal obligation to warn consumers that its sunscreens might be dangerous and pose an increased risk of cancer.

If you have been using benzene-contaminated sunscreen made by Coppertone and were diagnosed with a serious illness, especially cancer, you might be able to file a legal claim and collect compensation.

Benzene Cancer Lawsuits Are Being Filed

Coppertone products are not the only sunscreens that have been recalled because they contain benzene. Johnson & Johnson recently pulled thousands of sunscreens from shelves in a nationwide recall that involved Neutrogena ultra sheer body sunscreen, Neutrogena beach defense spray, and some Aveeno aerosol sunscreens.

Lawsuits are already being filed across the country against Johnson & Johnson for failing to warn consumers of the risk of benzene exposure, among other causes of action. The Coppertone recall is likely going to result in similar litigation.

Our lawyers at Alonso Krangle, LLP, are reviewing claims by individuals harmed by contaminated Coppertone sunscreen. If you have been using sunscreen that is part of the Coppertone recall, you might be entitled to collect damages from the manufacturer of this dangerous product.

What Compensation Can You Collect In a Successful Sunscreen Cancer Lawsuit?

Like many lawsuits, the damages you can collect depend on the specific facts of your case and injuries. If successful, you might be entitled to collect some of the following:

Every case is different, and there are no guarantees that you will collect a specific amount. However, you can be sure that our sunscreen cancer lawyers at Alonso Krangle, LLP, will work tirelessly to ensure you collect the maximum amount of compensation the laws allow.

If you or someone you love became seriously ill after using recalled sunscreen products, you might be entitled to collect compensation from Coppertone or another manufacturer of sun care products.

Remember, Coppertone, owned by Beiersdorf, is only one of many sunscreen brands that might contain benzene. Other brands include Neutrogena, Aveeno, CVS Health, and others.

Call our lawyers today at 800-403-6191 for a free case consultation. If you were injured by contaminated products, our lawyers could help you obtain compensation for your injuries.